I knew I wanted to go into design again, and a thought that kept resurfacing was the fake vaccine that was prevalent in World War Z. Phalanx was a vaccine for rabies, and since the zombie pandemic was initially labeled “African rabies,” it was sellable. The whole thing was a sham to get money out of people’s fears (and “They did it to themselves” according to the creator Breckenridge “Breck” Scott).

To make this concept from the book into some form of media, I decided to create a motivational poster. I figured these would have been everywhere, for the makers of the “vaccine” to have a chance  to scare the most people out of their money. 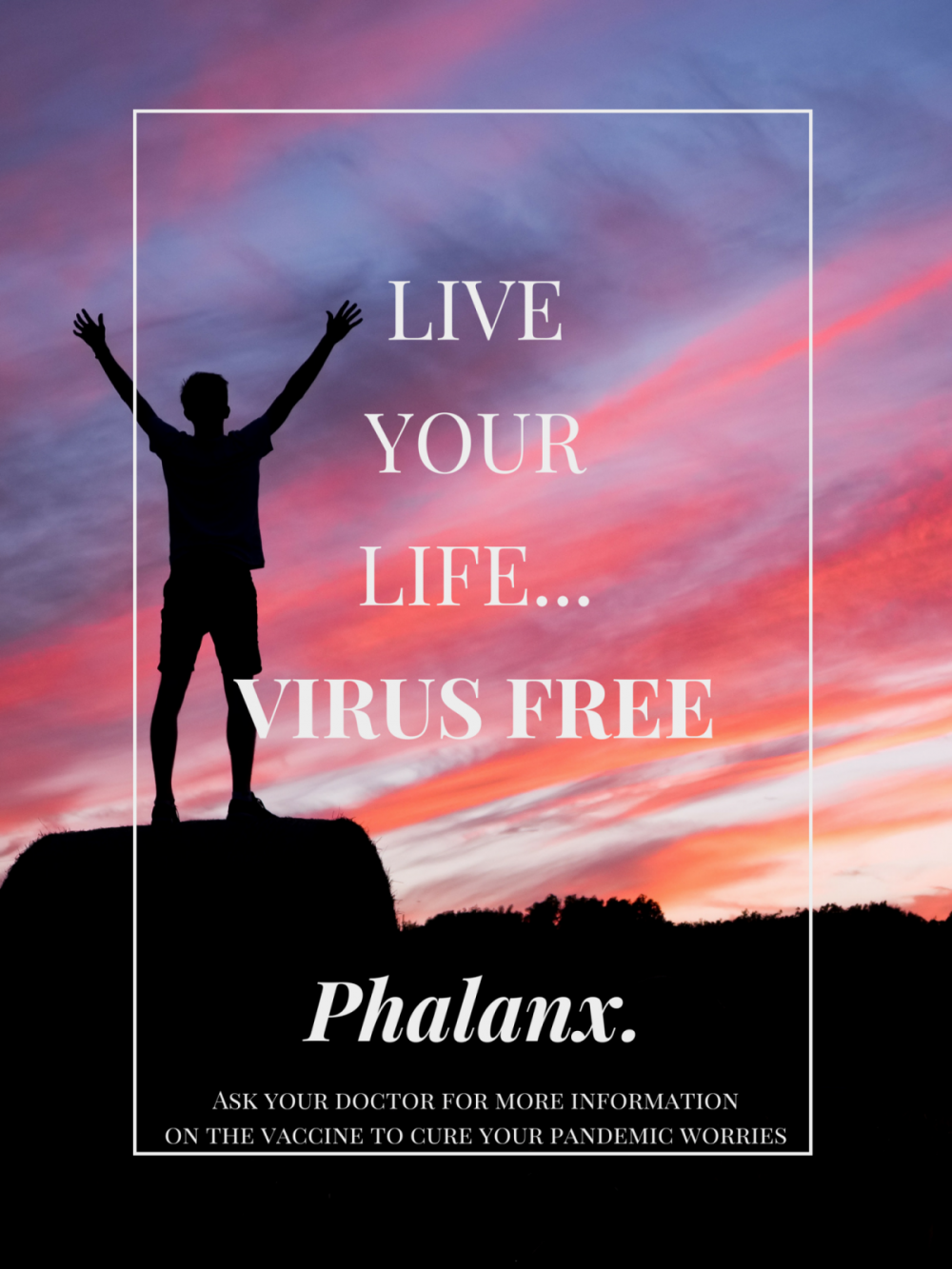 I got the background picture from Unsplash courtesy of Benjamin Davies. I also happily got to use Canva again. Playing around with the words to make them legible was the hardest part. That and coming up with the exact wording for the “ask your doctor” part at the bottom. I wanted to be true to the company that advertised Phalanx, in how they never outright said they could cure the virus that turned people into zombies.

2 thoughts on “Phalanx, the Cure for All Your Pandemic Worries!”